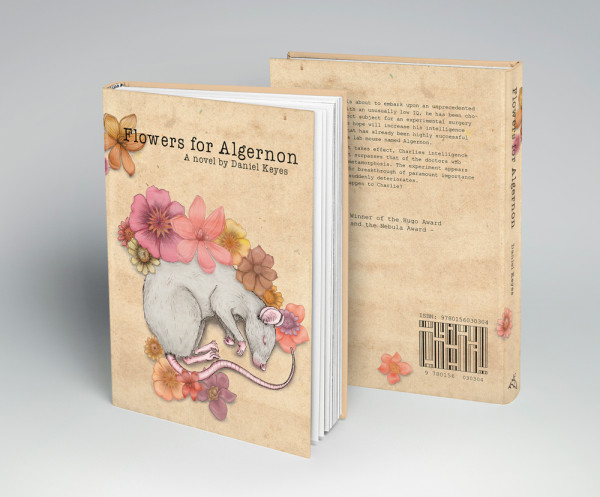 People need hope. Whether you hope or not the finale remains the same, but it’s the process that makes the difference and it’s the process that matters. Even though the result doesn’t vary a little. I’m not sure I would be more satisfied with the happy end of the novel. Of course, I wouldn’t. With it the original story of Charlie Gordon would doubtlessly become more romantic and sentimental, but less believable trite take-it-easy pieces I’m so skeptical if not to say cynical about. However, it doesn’t mean I like much the way Daniel Keyes leads me to the very expected end, for either sublimation or, at least, temporary consolation is still strongly desirable along the road. I’ve been awaiting for it, but haven’t caught even the transparent hint, even the weak shadow of it.

I remember the joy that every required comma or period, apostrophe or vowel brought with them in the beginning and how every missed one took it away, replacing it with sorrow and total emtpiness in the end, closing the circle, finishing where it started. No light at all. ‘It’s life’, they will answer. No doubt it is, but why have people invented that goddamned art then?

I’m not the one to think that literature should only entertain or create alternative reality that doesn’t reflect the existing one. I’m not the one to avoid suffering from words either. Meanwhile, something went wrong with Keyes’s novel: it appears to be too hard to go through such a stressful text masterly presented in the form of impartial, truthfully looking progress reports keeping you permanently strained and frustrated, preventing you from affording any hope inside, leaving you completely upset and desparate. Being emotionally exhausted, I’m trying to identify my perception of what I’ve read and can’t define it yet. I’m certainly excited, but no ideas in what way.

The title is perfect at any rate.